At present, over 700 teachers work at the departments of the university. Staff capacity is 5 corresponding members NAMN Ukraine, 17 Honoured Scientist of Ukraine, 2 Honored high school Ukraine, 13 distinguished doctors of Ukraine, 8 winners of the State Prize of Ukraine in Science and Engineering, 28 academicians of the public academies of Ukraine, 28 employees - Member of International Medical Associations;. Since 1951, the University has been training medical personnel for countries of the Eastern Europe, China and Mongolia, and since 1961 it has been training students from other countries of Asia, Africa and Latin America. At present, there are about 3400 foreign students in the Kharkiv National Medical University who study at the Preparatory Department, Medical, Nursing and Dental Faculties, undergo postgraduate and clinical post-graduate (residency) courses as well as professional probation at departments of the University in Dental, therapy, orthopedics, surgery, oncology, urology, psychiatry, ophthalmology, obstetrics and gynecology, as well as other medical specialties. The University has trained over 5000 specialists for 86 states of Europe, Asia, Latin America, Middle East countries. Among them there are 3 Doctors and 70 Candidates of Medical Science, about 200 clinical post-graduates (residents).

The history of the higher medical school in Kharkiv is more than 200 years long and closely connected with the history of V. N. Karazin Kharkiv National University, because it sprang from its Medical Faculty. The University was founded in 1805, a decree about its foundation was signed by the Russian Tsar Alexander I, and the first Statutes of the University were approved at that time.

In the 19th century, widely known doctors and scientists taught at the medical faculty of the university and worked in practical medicine. It was them who, for the first time in the Russian Empire, performed operations of ovariotomy, total resection of the stomach, operations on the open heart, as well as made significant scientific discoveries. In 1887, a special building was erected for the anatomical theatre of the Medical Faculty (now it houses the Department of Human Anatomy of our higher school); in 1896, four independent University clinics were built, namely: therapeutic, surgical, obstetrical and ophthalmological.

In 1910, the Kharkov Medical Society, which was created on the initiative of professors of the Medical faculty, founded the Women’s Medical Institute, where higher education was given to women.

In 1920 the Medical Faculty of Kharkiv University was united with the Women’s Medical Institute, and Kharkiv Medical Academy was founded; one year later the latter was given another name: Kharkiv Medical Institute. Among its teachers there were a lot of outstanding pedagogues and scientists; streets of the City of Kharkiv were named after some of them. These are: physiologist Danilevsky V.Ya., surgeon Trinkler N.P., anatomist Vorobyov V.P., ophthalmologist Girschman L.L., therapeutist Frankovsky V.A.

Many research institutes, hospitals and clinics were founded on initiatives of lecturers of KhNMU. These are, in particular, the Institute of General and Emergency Surgery, Malaya Institute of Therapy, Shapoval Regional Clinical Centre of Urology and Nephrology, etc. They became the basis for scientific and medical work of our University Departments in these fields.

In 1994, by a Decision of the Cabinet of Ministers of Ukraine, Kharkiv Medical Institute served as the basis for founding Kharkiv State Medical University; the latter received the highest 4th category by results of its accreditation and fully justifies it today. In 2007 the University received the National status.

The Museum of History of Kharkiv National Medical University was founded in 1968. It is located in the Main Building of the University and occupies 120 sq.m. The total number of the museum exhibits exceeds 5,000 pieces. In 2011, by an order of the Ministry of Education, Youth and Sports of Ukraine the Museum of History of KhNMU was awarded the title “The Perfect Museum” for its significant contribution to the cause of education of young pupils and students, increase of the national culture, preservation of the historic heritage of the Ukrainian people and of the Museum Fund of Ukraine, popularization of monuments of history, culture and nature.

The Museum exhibitions display documents and articles, which make it possible to follow more than 200 years of the history of the higher medical school in Kharkiv. In particular

Each year the workers of the University receive more than 80 patents of Ukraine on inventions and utility models, publish more than 1,400 articles in professional editions. The University takes the 5th place among higher medical educational establishments of Ukraine in the scientometrical database SCOPUS. 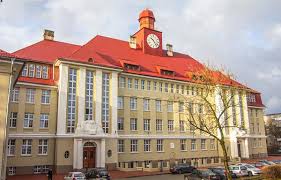 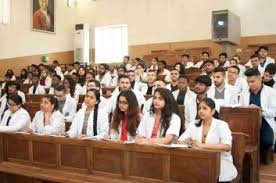