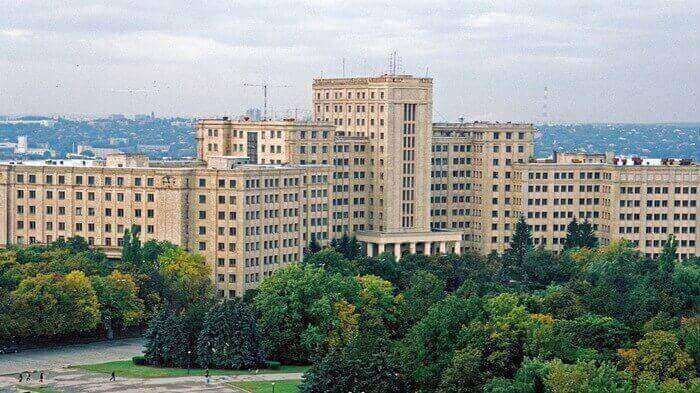 On 29 January [O.S. 17 January] 1805, the Decree on the Opening of the Imperial University in Kharkiv came into force. The university became the second university in the south of the Russian Empire. It was founded on the initiative of the local community with Vasyly Karazin at the fore, whose idea was supported by the nobility and the local authorities. Count Seweryn Potocki was appointed the first supervisor of the university, the first rector being the philologist Ivan Ryzhski.

In 1811, the Philotechnical Society was founded, while the Mathematical Society of Kharkiv, the Historical and Philological Society of Kharkiv, the Naturalists Society, Societies of Physics, Chemistry, Law, among others, were established in the second half of the 19th century. The first periodicals in Slobozhanshchyna appear in the university around this time, including Kharkovski Ezhenedelnik (1812), Ukrainski Vestnik (1816–1819), Ukrainski Zhurnal (1824–1825), etc.

In 1839, a veterinary school, which in 1851 became an independent institute, was established at the university. By this time, the campus included laboratories, clinics, an astronomical observatory, a botanical garden and a library.

Previously, the university was autonomous with rectors being elected. However, from 1820 to 1850, all its activity was strictly controlled. Rectors were appointed by the Minister of Education, while scientific publications and academic processes were censored.

In 1863, under a new Statute,[which?] the university became partly autonomous.

The university has been publishing Scientific Notes since 1874.

From the 19th century up to the early 20th century, the University of Kharkiv had four schools: School of Physics and Mathematics, School of History and Philology, School of Medicine, School of Law.

Biomedical research encompasses a wide array of research, extending from "basic research", – involving fundamental scientific principles that may apply to a preclinical understanding – to clinical research, which involves studies of people who may be subjects in clinical trials