Being one of the leading universities in the People’s Republic of China, Sun Yat-sen University is a comprehensive multi-disciplinary university, including the humanities, social sciences, natural sciences, technical sciences, medical sciences, pharmacology, and management sciences. 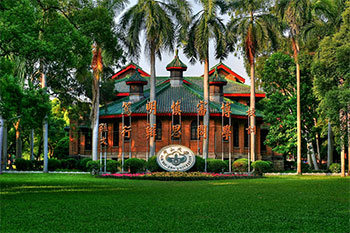 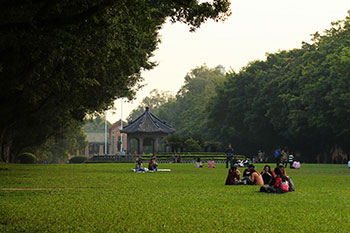 Sun Yat-sen University, originally known as Guangdong University, was founded in 1924 by Dr. Sun Yat-sen (also called Sun Zhongshan), a great democratic revolutionary leader of the 20th century. The University is located in Guangdong Province, an area neighboring Hong Kong and Macao, which is at the forefront of China’s reform and opening up.

It has about 82,384 students studying on four campuses in Guangzhou and Zhuhai. Benefiting from its location near Hong Kong and Macao and the regional advantage of opening and economic development, the university has become an important base for training high-level talents, scientific research, providing services to society and inheriting cultural traditions.

The University has also successfully built international cooperation and exchange relationships with many top universities in the world. According to the Times Higher Education World University Ranking for 2010-2011, Sun Yat-sen University was ranked in the top 200 in the world.

About Guangzhou and Zhuhai

Guangzhou, historically known as Canton or Kwangchow, is the capital and largest city of Guangdong Province.

Located in the middle of Guangzhou Province, north of the Pearl River Delta, Guangzhou is close to the South China Sea, Hong Kong and Macau. Guangzhou is called China’s South Gate for its exceptional geographical advantages.

Guangzhou enjoys a subtropical climate. Year-round temperatures average 22°C, with August being the hottest month when the temperature averages 28°C and January the coldest at an average of 13°C. The rainy season is from April to August. Summer is relatively long in Guangzhou with the highest temperature reaching about 37°C.

Zhuhai borders the Macau Special Administrative Region (north and west), and is 140 km southwest of Guangzhou. Its territory counts 146 islands and a coastline of 690 km.

Zhuhai has a humid subtropical climate moderated by the South China Sea, with long, hot and humid summers with frequent thunderstorms, and short, mild and dry winters. Average highs in January and July are 18°C and 32°C respectively. It never snows and a frost has never been recorded in the city centre. Conversely, extreme heat waves do not occur as they do further inland.

Requirements:
Candidates with Master degrees or who will get Master degree in 2019 in fields of Physical Chemistry, Materials Chemistry, Analytical Chemistry and Organic/Polymer Chemistry are strongly encouraged to apply. Applicants with experiences of electrocatalysis, fuel cell and other energy conversion and storage devices, sensors, electroanalysis, gas chromomography/high performance liquid chromatography/H1 NMR, and theoretical simulation will be considered with priority.

Application process:
Application materials required: a) personal academic resume (including education and work experience, research achievements, projects and published papers, and certifications obtained); b) academic and research plan in SYSU; c) photocopies of diplomas and certificates obtained; d) 3 recommendation letters.
Some application forms need be filled and supporting materials should be attached once the applicant is selected as a candidate.