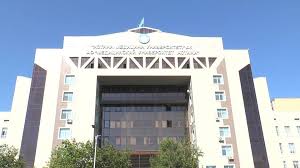 One of the most popular medical universities in Kazakhstan, Astana Medical University was established as an Academy in the year 1997. However, it was in the year 2009 that this Academy gained the status of a university. Owing to a myriad of Bachelors, Masters, and Ph.D. courses, the Astana Medical University is preferred by many aspiring medical students spread across the globe. Other than offering medical education, the university is also prominent in the field of medical science development and clinical activities.

Those looking forward to becoming a part of one of the MCI recognized medical colleges abroad, Astana Medical University is here to lend a helping hand. It always endeavors to introduce innovative technologies into the education process so as to enhance the overall quality of the medical education. Other than ensuring quality, the university ensures that its tuition fee doesn’t discourage anyone to pursue MBBS in Kazakhstan. The academic partners of this university are some of the leading universities of different nations and continents, viz. the US, Singapore, Europe, and others. Top-notch medical education, eminent academic partners, and employment opportunities post the academic career are some of the imperative factors that make Astana Medical University a preferred choice of a majority of students looking for low cost MBBS in Russia.

There are seven faculties at this universities. These are Internal Medicine, Dentistry, Public Health, Nursing, Preventive Care, Pharmacy, and Postgraduate Education. Other than these faculties, there is also additional medical education available to those enrolled with the university.

Other than the aforementioned, the postgraduate courses on 29 specialties of residency, four specialties of master programme, and two specialties of Ph.D. doctoral degree further make Astana University a top medical university in Kazakhstan. Apart from the medial education and courses, Astana University also offers MBA programs in Hospital Management. As a part of this course, the students learn some of the subjects in Singapore (Parkway College) and the US (Duke University).

The better the quality, the higher is the cost. This is a wrong notion that people have attached to almost everything including education. However, stating that people are cent percent wrong won’t be untrue. There are many medical universities in the world which provide top quality education at a price that could burn a hole in the pockets of students or their parents/guardians/sponsors. But it is noteworthy that there are exceptions too. One such exception is Astana Medical University. Thus, if you wish to pursue MBBS from a top medical university in Kazakhstan at a low fee, Astana Medical University is a place to be. Here’s how the fee structure of this university looks like.

In the first year, a student is required to pay USD3800 as college fee, USD600 as hostel fee, USD1200 as mess fee and USD1200 as registration + admission + administrative charges. The fee structure remains the same in the 2nd, 3rd, 4th, and 5th year, however, students don’t have to pay the registration + admission + administrative charge of USD1200 in any of these years after the first year. On the whole, for their MBBS course in Kazakhstan, students end up paying USD29,200. This fee structure is quite cheap as compared to that of other universities and medical colleges around the world.

Astana, the home of Astana Medical University, is the capital city of Kazakhstan. It is located on the banks of Ishim River and has a population of population of 1,029,556 (as per the population data released in the year 2017). Other than being the home of many reputed educational institutions, sports, and healthcare facilities, Astana is also prominent for its futuristic buildings, skyscrapers, and numerous hotels. It is the second coldest capital city in the world. It has the continental climate with warm summers and very cold winters. In summer, the temperature reaches more than 35 degree Celsius. But in winter, the temperature between -30 and -35 degree Celsius is not unusual here.

In terms of commutation within the city, the residents have the option of buses and taxis. However, to travel outside the city, Astana offers the options of railways, road, and air. All these commutation options make traveling quite seamless for the residents and students from different countries. Museum of the First President of the Republic of Kazakhstan, Atameken, Palace of Peace and Reconciliation, Nur-Astana Mosque, and Bayterek are some of the hotspots in the city that one shouldn’t miss.

Who wouldn’t wish to study in a city that boasts of its terrific culture, soothing climate, high-standard of living and various other convenient facilities? Be a part of thi

Admission Requirements For MBBS in Kazakhstan

A no.1 Capital Medical university all over Russia,USSR & Kazakhstan.

CITY ASTANA - A CAPITAL OF KAZAKHSTAN

Astana is the capital city of Kazakhstan, straddling the Ishimm River in the north of the country. Along the left bank, the ultramodern, 97m-tall Bayterek tower offers panoramic views from its observation deck. The Ak Orda Presidential Palace is topped with a massive blue-and-gold dome. The giant, Khan Shatyr Entertainment Center houses a shopping mall and indoor beach resort with high infrastructure. 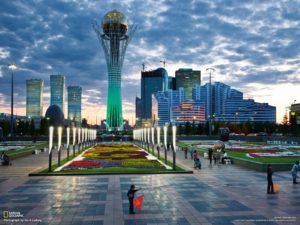 Founded in 1830 as a settlement of Akmoly (KAZAKH: Ақмолы) or Akmolinsky prikaz (RUSSIAN: Акмолинский приказ), it served as a defensive for the SIBERIAN. In 1832 the settlement was granted a town status and renamed Akmolinsk (: Акмолинск). On March 20, 1961 the city was renamed Tselinograd (RUSSIAN: Целиноград) to mark the city's evolution as a cultural and administrative center of the VIRGIN LAND COMPAIGN. In 1992 it was renamed Akmola (: Ақмола), the modified original name meaning "a white grave". On December 10, 1997 Akmola replaced ALMATY as the capital of Kazakhstan. On May 6, 1998 it was renamed ASTANA, which means "the capital city" in Kazakh.

Modern Astana is a PLANNED, like in BRASILA Brazil, CANBERRA in Australia, and WASHINTON DC. in the United States. After Astana became the capital of Kazakhstan, the city cardinally changed its shape. The master plan of Astana was designed by Japanese architect As the seat of the government of kazakhstan, Astana is the site of the parliament house, the supreme court the ak oorda and numerous government departments and agencies. It is home to many BEAUTIFUL and FUTURISTIC buildings, Hotels and skyscrapper. Astana also has extensive healthcare, sports and education systems.