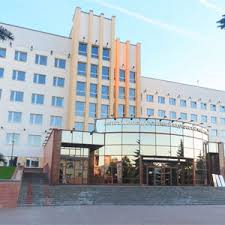 Vitebsk State Medical University was founded in November 1934. The first Rector was Professor M. A. Hazanov. The foundation of Medical Faculty was finished by 1941. It included 32 theoretical and clinical departments. The Great Patriotic War broke the work of the Institute for several years. Many teachers and students participated in the defense of the country. The city and the Institute were almost in ruins. The rebuilding of the Institute started in 1946.

Years passed. Medical Institute was expanding; its clinical base was improving. The number of highly qualified specialists, professors and scientific workers was growing. In 1959, the Pharmaceutical Faculty was opened along with the Medical Faculty. A year later the Institute began to train specialists at the postgraduate study courses. In 1963 the Central Scientific Research Laboratory was opened in order to train scientists and highly qualified lecturers. During the last decades the Institute was developing very intensively. In 1984 the Physicians Advanced Training Faculty was established. In October 1993 the Ministry of Public Health of the Republic of Belarus resolved to transfer the Pharmaceutical Advanced Training Faculty to Vitebsk Medical Institute. In 1997 the Preliminary Training Faculty was established.

The Medical and Pharmaceutical faculties are training practitioners and pharmaceutists on specialty "Medicine" and "Pharmacy". The top graduates are studying at clinical residency. At the moment more than 3500 students are studying at the University.

There are 374 lecturers of whom 57 are Professors and 120 - Associate Professors. The scientific degree of Doctor of Sciences have 55 lectures and 210 - are Candidates of Sciences. There are 13 scientific academic schools at the University both on medical-biological, clinical and pharmaceutical disciplines which have introduced a substantial contribution to the development of a modern medical sciences and to the improvement of medical education in the Republic of Belarus and the countries of the former USSR.

There are 3 special Scientific Boards of the doctors and candidates' thesis defense on different specialties (parasitology, helminthology, drugs technology and pharmacy, pharmaceutical chemistry and pharmacognosy, internal surgery and gastroenterology). Nowadays the University scientists perform researches on 40 perspective medical projects. There are 45 scientific study groups of students. This society of young scientists is one of the famous in Belarus and the nearest countries. The magazines "Surgery News" and "Pharmacy News", "Immunology" are published by the University.

The overseas students are studying at the University since 1981. For this period of time more than 700 specialists graduated from Vitebsk State Medical University. They successfully work in different institutions and public health of 109 countries of the world. The overseas postgraduates continue to study at the clinical residency and research postgraduate training courses, 11 of them defended their thesis.

The University develops different contacts in the realm of medical education, physicians training, scientific research, methodical and informational exchange with many institutions of Russian Federation and other countries. Republic centers "Infection in Surgery", Minimal Invasive Surgery, Lipid Center, Central Scientific Research Laboratory of the University are well known abroad. The University is the organizer of the international academic meetings, which stimulate active participation of all the scientists and lectures of the University in the activity of professional international societies and associations. Some of the well-known lecturers and scientists have been elected to the foreign Scientific Academies.

There is problem-based teaching, integration in the studying of the theoretical and clinical disciplines at the University. There is a rating estimation of the students’ knowledge. The Educational Methodical Center is coordinating the implementation of modern educational technologies. The specialists of the University have developed modern educational programs in order to train highly qualified medical specialists.

All departments have computer tests, plaster casts and phantoms, modern medical-diagnostic equipment. There are 5 computer classes and 19 video classes at the University. The physician’s practical skills are teaching for students in twenty well-equipped therapeutic and surgical clinics. The University has a big field, which is used for pharmacy specialists training.

The most departments are publishing lectures, recommendations, monographs, scientific works, and conference materials. There is a Central Scientific Research Laboratory with modern equipment for training highly qualified specialists at the University. The Medical Scientific Informational Department has the patent fund, data base "Medicine" (Russia), "Medline" (USA), "International Pharmacy Reports" (USA). All the departments of the University use the medical professional information resources of the Internet. The publishing facilities of the University provide with all the necessary educational and scientific materials. Some clinical and theoretical departments have scientific laboratories.

One of them is flat type i.e. with attached bathroom, toilet and kitchen. The hostels are centrally heated (air-conditioned). Hostels are fully furnished. The basic occupancy system is two or three students per room.

Separate arrangements for boys and girls.

All the hostels are well guarded with police security. Bed linen is changed once in a week and hostel is cleaned once every day.

The University is well provided with facilities for teaching and learning. There are an excellent library and museum, computer and laboratory facilities, modern equipment, free access to the professional information resources in the Internet, CD-ROM medical database for students, researchers, physicians and pharmacists. The University Library, which contains many books and items of educational material, medical journals, scientific and fiction literature both in English, Russian and many foreign languages. Every University student uses the library free of charge. The library is located in the University new building.

Principal directions of work of the department 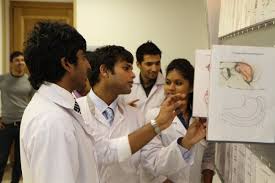 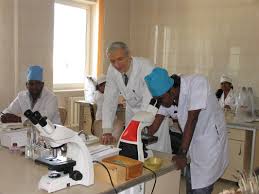 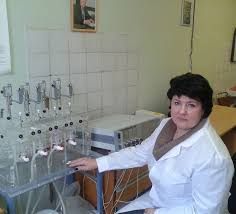 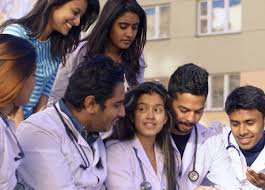 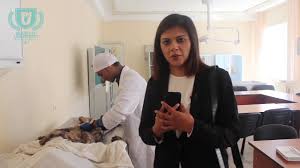